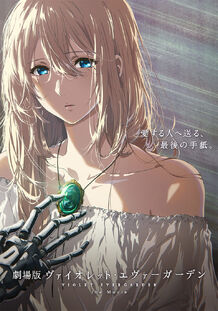 Violet Evergarden: The Movie (劇場版ヴァイオレットエヴァーガーデン, Gekijouban Vaioretto Evāgāden?) is a movie released for the Violet Evergarden anime series, produced by Kyoto Animation. It originally had a release date for April 24, 2020, but later became delayed due to the COVID-19 pandemic. It is now scheduled for release on September 18, 2020. It is the finale of the anime series.

The name of the girl who writes on behalf of others is "Violet Evergarden". Four years have passed since the end of the war that had deeply injured people. The world is gradually regaining its peace, life changes with the development of new technologies, and people advancing forward. While holding her feelings for her important person, Violet Evergarden tries to live in this world without that person. One day, a letter is found...[1] 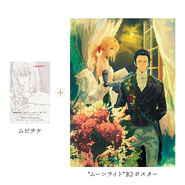 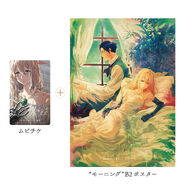